PR Solutions was chosen based on a recommendation and because of its extensive experience in the market of information and communication technologies. PR Solutions is to provide advisory services with respect to the development of communication strategy and comprehensive media relation services in the Polish market and in the English-speaking markets (Australia, Canada, USA, United Kingdom).

IVO Software wants to conquer the world with its new product – Expressivo Text Reader. It is a software application for use at home which can read any text with a human voice (so far in English, Romanian and Polish). Expressivo allows you to listen to books, documents, articles, e-mails – not only via a computer but also via a portable MP3 player while on a walk or in a car. The application may also be used to facilitate learning of foreign languages or to read out film subtitles. IVO also plans to introduce its own speech synthesis products for enterprises to the English-speaking markets.

“The IVONA Text To Speech System developed by us and used in Expressivo received the highest score for speech quality during the last year’s Blizzard Challenge in the USA. We defeated such powers as IBM or Microsoft. In Poland we already have more than half of the speech synthesis market. Recently we started selling the English-language version of Expressivo abroad. It is a huge but also a difficult market. We believe that with the appropriate PR support we can achieve success there,” said Łukasz Osowski, the President of IVO Software Sp. z o.o.

IVO Software was established in 2001 and since then it has been involved only in creation and development of speech synthesis products. The Company conducts its own research in this field and takes advantage of the achievements of university centers from all over the world. Based on a proprietary speech synthesis technology IVO develops and implements software speaking with a human voice. It is used in business, rehabilitation of the blind and at home. To find out more about IVO Software visit: http://www.ivosoftware.com.

Why B2B Tech Brands Need to Rethink Audience Engagement in 2021

The pandemic has turned business as we knew it on its head. Everyone’s working from home. In-person events are cancelled. And face-to-face meetings are out of the question. All of this makes audience engagement for b2b marketers much more challenging than ever before. While hope is on the horizon as countries continue rolling out mass […]

PR Solutions has carried out a media relations project for SLV, a leading German supplier of lighting products and solutions. As part of the project, PR Solutions was responsible for announcing the acquisition of Spotline by SLV in the industry and business media. Following the acquisition, Spotline will be transformed into a subsidiary of SLV […]

Amberlo Ties Up with PR Solutions

Lithuania-based legal software provider Amberlo has chosen PR Solutions to support its launch in Poland. As part of the cooperation, PR Solutions will provide Amberlo with comprehensive media relations services as well as consulting services regarding promotion among law firms in Poland. Amberlo is a cloud-based legal case management software for law firms of all […]

PR Solutions has started to provide Digital Demand Generation services to Genesys, a global leader in cloud customer experience and contact center solutions. The activities aim to increase the presence of Genesys in the industry and business media. That should provide the company with a better online presence for organic search, more traffic to Genesys’ […] 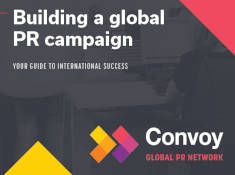 Are you considering global expansion? For such plans to succeed you must build brand awareness in every country and region where you intend to operate. Public Relations (PR) is a great tool for this. The use of PR requires an intimate knowledge of the local market which, from now on, is no longer a problem […]

PR Solutions has carried out a media relations project for FintechOS, a company offering the next generation of hyper-personalized, automated financial technology. The main goals of the project included communicating to Polish business and fintech media the fact that FintechOS secured €12.7 million through the issue of its Series A shares as well as presenting […]